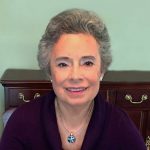 AAUW:  The American Association of University Women is a nonpartisan, nonprofit organization that was founded in 1881 by a small group of female college graduates for the purpose of opening the doors for women’s career advancement and to encourage more women to pursue higher education. The history of AAUW mirrors the challenges for and progress of women in the United States. Today, AAUW is a nationwide grassroots organization of 170,000 members and supporters whose mission is to advance gender equity for women and girls through research, education, and advocacy. We are intersectional, inclusive, intergenerational, and empowering.

AAUW of Virginia: The first branch in Virginia was established in Richmond  in 1909, and AAUW of Virginia was established in 1925. Today, Virginia has 24 branches with over 5,000 members and supporters who are dedicated to accomplishing our mission. By joining AAUW, you belong to a community that takes positions and advocates on the fundamental issues of the day affecting women and girls — educational, social, economic, and political — so that all women have a fair opportunity for advancement.

AAUW of Virginia and its branches offers its members opportunities for continued learning, growth, and development of leadership skills. Local community action projects demonstrate AAUW’s commitment to positive societal change. The AAUW of Virginia Board of Directors holds a yearly statewide Summer Leadership Meeting and an annual members’ conference.

AAUW of Virginia promotes its legislative agenda at the national and state levels. The state legislative agenda has recently focused on achieving ratification of the Equal Rights Amendment. AAUW members wrote letters and postcards, authored letters to the editor and Op-Eds , participated in ERA rallies, made presentations throughout the state, delivered the state publication ERA Unfinished Business to all state legislators, and lobbied in Richmond to achieve ratification in 2020 of the ERA by the Virginia legislature. AAUW of Virginia is also advocating for legislation to achieve pay equity, raise the minimum wage, address human trafficking, and address Title IX issues. On AAUW’s invitation, Virginia governors and local governments have issued proclamations on Equal Pay Days.

AAUW is nonpartisan and does not endorse candidates or political parties. However, we firmly believe that when women vote, we change the conversation. We are proactive in supporting robust Get Out the Vote activities by registering voters, providing voting information, advocating for fair districting, and collaborating with the League of Women Voters in holding Candidate Meet and Greet events.

The Co-Presidents of AAUW of Virginia

Leslie Tourigny is serving a second term as Co-President. Leslie has been a member of the Virginia Beach Branch since 2008, where she served as President, President-Elect, and newsletter editor. Since 2014, she has also been a member of the Alexandria Branch, where she has served as Public Policy Chair. Leslie joined the AAUW of Virginia Board as Voting and Elections Committee Chair in 2013 and then was appointed to serve the unexpired term of Vice President for Public Policy. Thereafter, Leslie was elected to this position in 2014 and 2016. Leslie was elected as Co-President in 2018 and again in 2020.

Leslie retired in 2006 from a 32-year career with the federal government, predominantly as an Equal Employment Opportunity manager leading programs to eliminate discrimination and directing the discrimination complaint processes, and as congressional liaison officer. She is a graduate of the Federal Executive Institute in Charlottesville, and during her tenure with the Federal government she was selected by the American Political Science Association as a Congressional Fellow. For over 10 years she has served as an EEO consultant and mediator and, for over 20 years, she was certified as a Virginia General District Court mediator. Leslie holds a bachelor’s degree from the State University of New York at Albany (now, the University at Albany) in political science and a master’s degree in political science from the University of Wisconsin-Milwaukee.

Suzanne Rothwell has been a member of the Vienna Area Branch since 1995, where she twice served as President, as well as Branch Secretary and AAUW Funds, Educational Foundation, Public Policy, and Bylaws Chairs. She has directed the on-going Branch community project to annually donate store gift cards and personal care items to the residents of Artemis House, the Fairfax County shelter for women fleeing domestic violence and human trafficking. Suzanne has served on the AAUW of Virginia Board as the Bylaws/Resolutions Chair from 2016-2020 and also advises on compliance with AAUW policies and state and federal regulations.

Suzanne is a securities law attorney with a specialty in broker/dealer regulation. She served for 20 years as a regulator of the securities industry with the Financial Industry Regulatory Association and 10 years as Counsel with the law firm of Skadden, Arps, Slate, Meagher & Flom LLP— where she continues as a special consultant despite being “retired.” Suzanne also speaks at legal education programs, is an author of legal treatises, and an active member of the American Bar Association.  Suzanne graduated from George Washington University in Washington, DC with the following degrees: BBA in Marketing, MBA in Finance and Investments, and Juris Doctor.

AAUW Virginia Board of Directors